tgif!  really.  i am so happy it's Friday.  we've had our ups and downs this week and even though they were nothing terrible--more laughable, actually--i'm very happy to have Hoss home for the next two days.

on Wednesday, when Mr. B was supposed to be napping but wasn't, i went into his bedroom to get him and found this: 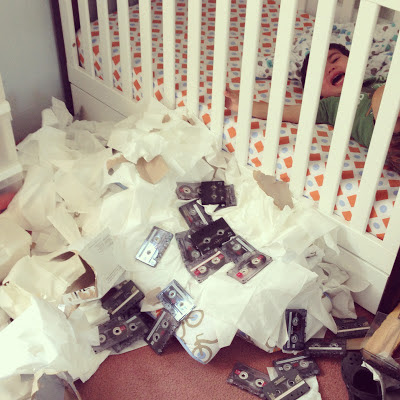 that's 3 full-size boxes of tissues he ripped apart and a case of my old mix tapes that he threw on top of the mountain of Kleenex!  he has never done anything like that before--he's never even tried to climb out of his crib!  i was in shock when i opened the door and saw this--i wasn't even angry; i just couldn't believe it.  all i said was, "Gus, what did you do?!" and it was enough for him to burst into tears (you can see him crying in the first photo).  of course i had to take a picture to send Hoss before i cleaned it up, though. 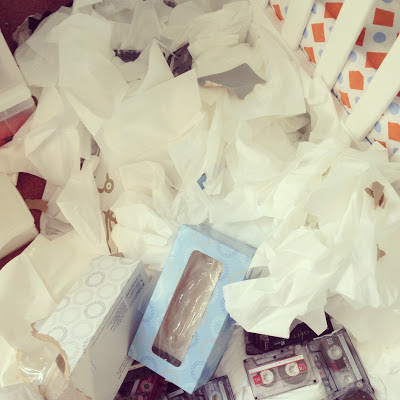 and as i was cleaning it up, Mr. B kept telling me what a good job of cleaning i was doing.  it was so hard not to laugh in front of him.  what a booger!  Hoss had a good laugh, too, when he saw the photos.

later that evening, while i was nursing the baby, i made this lovely abstract photo...it's an extreme closeup of the tissue pile, edited in Snapster (the iPhone app).  Nemy's a pretty good eater so i have to do something to pass the time while she's nursing...iPhone photo editing, it is! 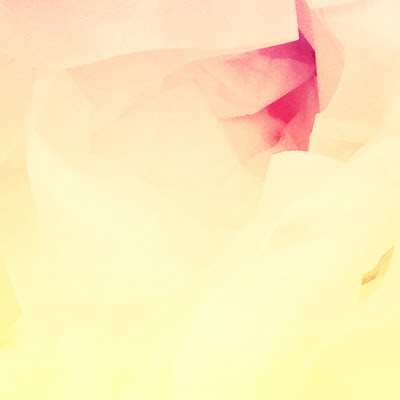 last night we went out to dinner and after nearly inhaling his apple juice and grilled cheese, Gooby started complaining that his tummy hurt.  he complains about that often and it usually ends up being gas so we didn't think too much of it...well, Hoss didn't, but i always get really anxious when he says his tummy hurts; i have a severe vomit phobia.  we drove home with Gooby being very quiet, Nemy wailing because she wanted to eat, and me silently fearing Mr. B was going to puke.  Hoss remained calm--sweating, but calm.  we pulled in the driveway and i jumped out, took the baby inside, and proceeded to feed her.  i had no idea that outside, Gooby was losing his dinner all over Hoss and the driveway.  THANK GOD!  i did not WANT to know that!  we made it home just in time.  (i was incredibly thankful.)  and after he was done throwing up, Mr. B was absolutely fine!

so i know that those two incidents aren't even that major.  again, they're laughable, so that's why i led with that silly picture of Nemy.  i love her funny face and i feel like that today, too.  i hope it gave you a good laugh, also! 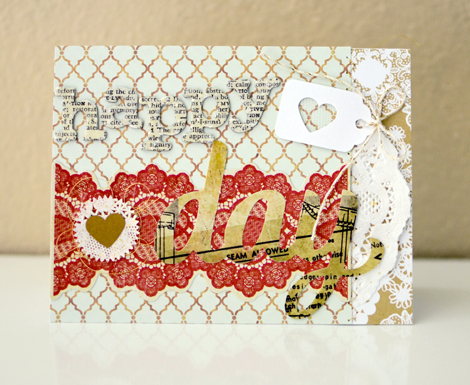 Happy Day...that's an odd card to be showing today, after my stories, but some good things did happen this week so it still counts. i had a good Nurse Jackie marathon (another way to pass the time nursing the baby--see what i did there?).  i'd never seen it before but i'm officially addicted.  (yup, i went there, too.)  i also made a huge breakthrough with my photography this week...i worked out a great place to photograph my projects and figured out the right time of day...you'll notice there are no ugly shadows in these pictures! 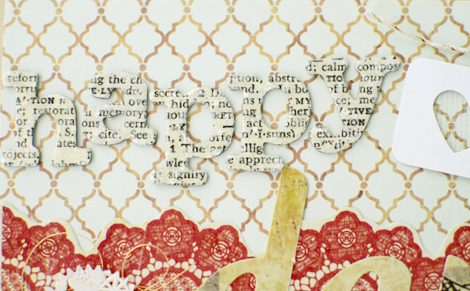 the pictures are bright and clear and the setup is quick and easy, which is a tremendous step forward.  it definitely means i'll be able to share a lot more things--i have a ton of projects and things made, but the setup took so long and was hard to accomplish around a baby's erratic schedule.  it was so time-consuming that i always procrastinated taking the photos. 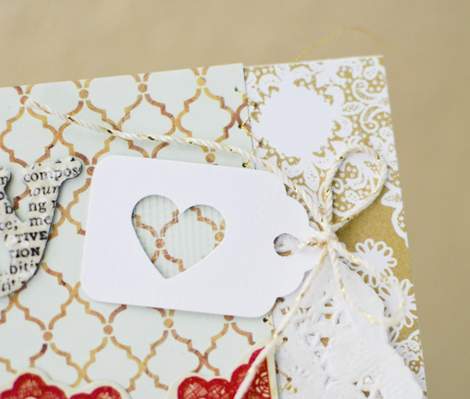 this makes me VERY happy--you have no idea.  it's only taken a year and a half to get this point! 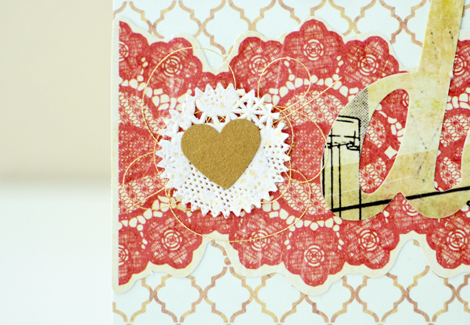 i made this card for a wedding my in-laws were invited to.  the papers are Everyday Eclectic from Echo Park and the letters and red lace strip are DIY Shop by Crate Paper.  everything about this card-making process was enjoyable...it came together quickly and easily and the photo session was a dream, too!  so there you go...a happy day. 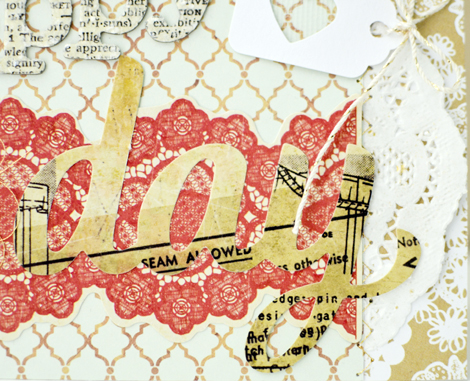 Hoss and i are determined to have a good weekend...and maybe even our first date, post-baby.  fingers crossed!  hope you all have a great weekend, too!