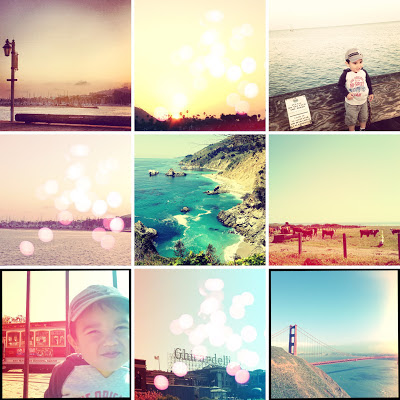 back in April, when Nemy was about 6 weeks old, our little family ventured out on a 6-day road trip up California's coast.  we decided beforehand to go only as far as San Francisco because we went all the way up to the Redwoods back in December.  and while we were in the mood for a drive, spending hours and hours in the car was not what we wanted to do this time.

from Orange County, you can drive up to San Fran in less than a day if you take the 5; it's boring, it's desert, it's a straight shot...we still wanted a little adventure so we broke up the trip into shorter hauls and longer stays.  the first leg of the journey was Santa Barbara.  we got there in less than 3 hours and stayed one night. 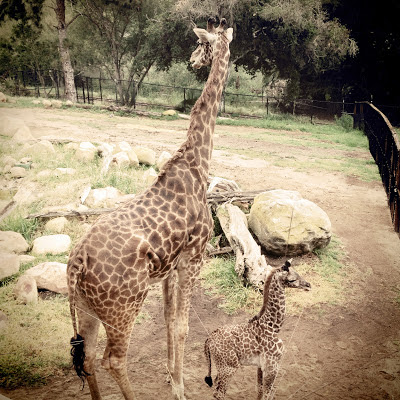 our visit to the zoo yielded a lucky siting of this newborn giraffe.  it was only his first or second public appearance and it took quite a bit of coordinating to get him out of his pen.  his name is Dane and that's his mommy Audrey.  he was so cute--even at 6 feet tall!

Day 2: onto Monterey in the afternoon.

Day 3: we took a scenic drive down to Big Sur and endured an easy hike to the McWay Fall.

can you see it?!  it's tiny, but the beach is gorgeous and private since there's no way to get down to it. 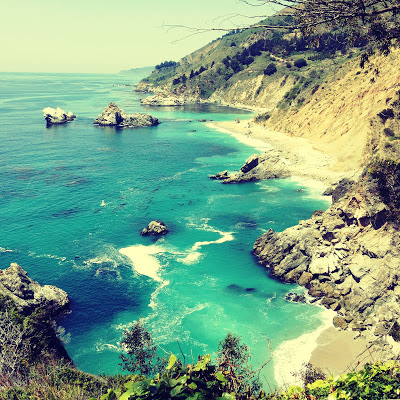 the northern (central) coast of California is stunning--if you are ever able to drive up Highway One, i urge you to do it!


we have a series of Milk commercials out here whose tag line is, "Happy cows come from California."  it must be true--that's the ocean in the background...and that's what those cows see everyday.  so jealous. 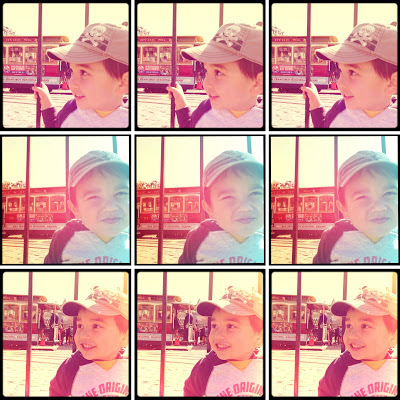 we wanted to take Mr. Bagubian on a cable car ride so i carried Nemy in the baby carrier and we waited in line for an hour to get on.  Gooby spent the entire ride asking if it was over--i'm not sure he liked it all that much while it was happening, but he talked about it a lot afterward.  (it's pretty loud and he's not one who enjoys loud noises.)


we tried to do something that we thought would not be as touristy as Fisherman's Wharf and set out for a hike in Muir Woods.  it was a great drive but when we arrived, there were hundreds of people there!  we would have had to park at least 2 miles away from the trailhead and then walk to the trailhead before the actual hike even began.  neither of us felt inclined to do that with a toddler and a 6-week-old in tow so we just kept driving. 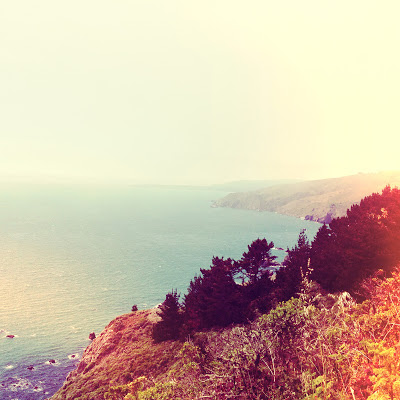 we decided to head back toward the city and try to find the best spot for a Golden Gate Bridge photo.  Hoss had me "Google it" and the general consensus was Kirby Cove.  again, loads of people and no parking but somewhere along the way we found a quiet spot to park, and i fed the baby while Hoss and Mr. B took a little walk. 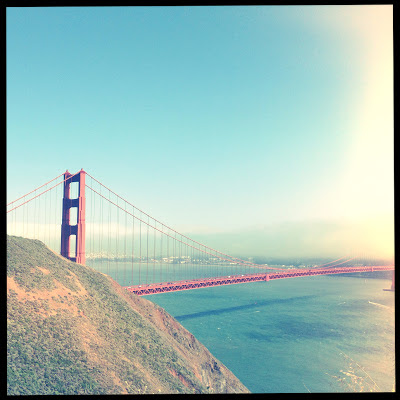 i did manage to snap this quick shot in passing...we were stuck in a few minutes of traffic near one of the vista points.  it's one of my most favorite photos from the whole trip. 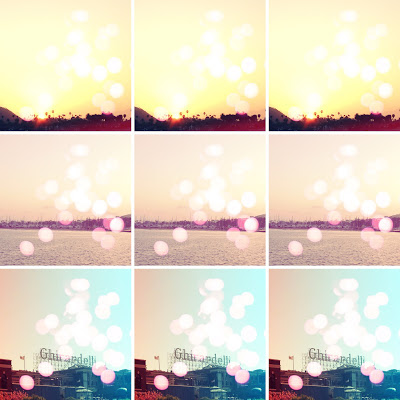