at least i'm not sitting on a tack 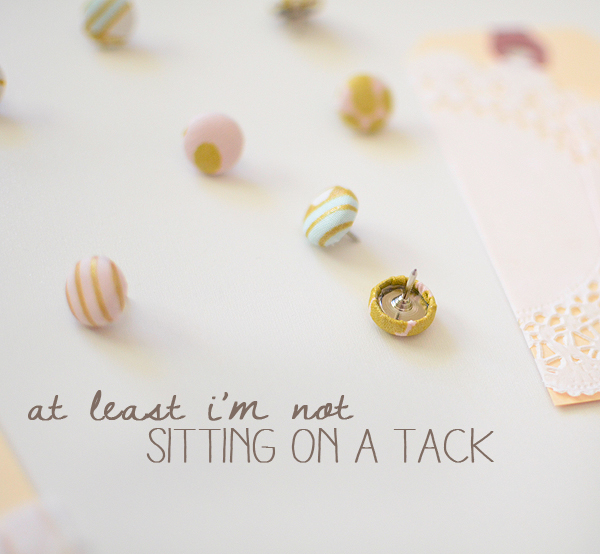 It's good to take a break.  Sometimes you go and go and go and push and push and push yourself until you're forced to take a break by life's circumstances.  That wasn't exactly the case for me, but a few things happened at the end of April that played a major role in my decision to take a bit of a hiatus from blogging and social media.  Aside from maintaining my design team assignments and Etsy orders, I've stayed away from the internet for about 7 weeks.  And it's been really, really nice!

While it was nothing tragic nor earth-shattering that kept me away, I was dealing with an old frenemy--anxiety.  Yup, I said frenemy.  My anxiety keeps me from doing all kinds of fun, amazing, and important things, but I know that without it, I wouldn't have my pretty extraordinary imagination (whatif this and whatif that?).  My mind is whatiffing all day--and all night--long.  I don't just whatif about troubling things, though, I also whatif when it comes to creating.  So without the anxiety, I know I wouldn't be half the paper artist that I am (if you'll allow me to call myself that).  Those ideas have to come from somewhere and without that incessant exploration of possibilities--both good and bad--I wouldn't think of them.

Unfortunately, anxiety tends to get in the way of a full and productive life, too.  I've come a long way since my teenage/college years when my anxiety was at it's peak--before I even knew there was a term for the way I felt, and that, gasp!, I was not the only one who felt it.  With therapy, hard work, and the support of my family, I've been able to accomplish all kinds of things I never thought I'd be able to do.

But I haven't been in therapy in over ten years and I'm regressing.  Without wanting to realize it was happening, I've become complacent in the life I'm leading--happy to be a homebody with the excuse that we have two young children and a small business.  But then I started paying attention to all of the things these two young children were missing out on and the guilt hit pretty hard.  Really hard, actually, and I had a pretty good breakdown.

It's not about me anymore.  Well, duh--we came to that conclusion the second Gus entered our lives.  But meeting the immediate needs of the kids--food, clothing, shelter, health, nurturing--is not going to be enough to raise well-rounded, happy children.  They need experiences and friends and education, which means I have to overcome whatever anxiety, avoidance, and self-doubt issues that creep up and I have to face them head on.  Gus and Nemy must come first--not the anxiety. 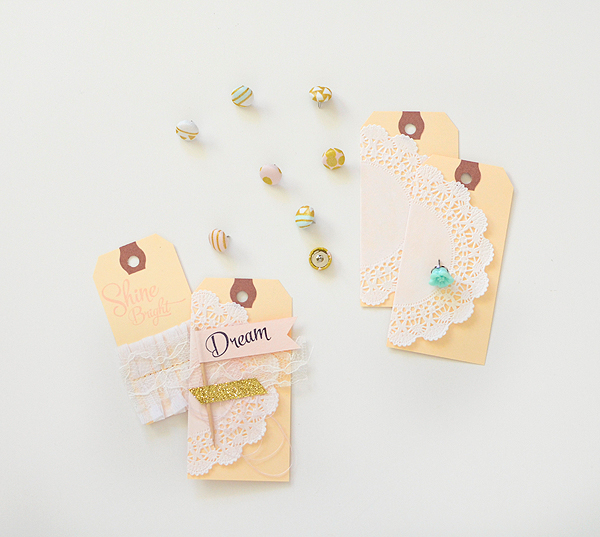 I've struggled with it most of my life--not just my adult life, but all the way back when I was a kid, too.  I have social anxiety disorder which means interactions with other people--and any situations that might mean interacting with other people (because the anticipation is always the worst part)--are painfully difficult.  I want to clarify that I'm NOT anti-social.  Please don't get the two mixed up!   I'm just socially awkward so when I can avoid other humans for fear of making a fool of myself, I do.

I should say, I did, because as I said, I've come a long way from where I used to be.  There is still minor trepidation when it comes to new experiences--and crowds and parties--but otherwise, I'm pretty good.  Well, I'm still socially awkward and unless we connect instantly, you might have a little trouble holding a conversation with me!  If I'm quiet, it's not because I'm bored or uninterested in what you're telling me, I just don't always know what to say because my mind is working so hard to say the right thing that it usually gets flustered and can't think of anything at all--even answers to simple questions.  It sucks!  If we get past that awkward stage and begin to get to know each other, it's much easier for me converse.  And I'm much more eloquent when writing which is why you'll find me here, not so much out and about.

I also hate having people watch me--or feel like they're watching me.  I remember a therapist telling me once that people aren't worried about what I'm doing because they're too involved with what they're doing.  She meant that I needn't be concerned that everyone's watching me, waiting for me to trip or do something wrong or embarrassing, because folks have more going on than that.  I hope this is true!

This feeling was particularly bad in high school.  I broke out in hives when giving oral reports, never raised my hand to answer a question, never ate lunch, never used the restroom, and never got up in class to sharpen a pencil.  I had a handful of friends but they weren't in many of the same classes so there were long stretches of time (hours) when I didn't utter a word.  High school, for me, was hell.  I wasn't an outcast, I wasn't a loser, I didn't get picked on or bullied.  On the outside, I looked like any one of the rest of my classmates.  But I was silent, almost invisible.  One part of me didn't want to be noticed; a smaller part of me did.  I wanted to be social like everyone else, I just didn't really know how to talk to anyone without the possibility of making a fool of myself and that was terrifying so it was easier to avoid as many social situations as I could. 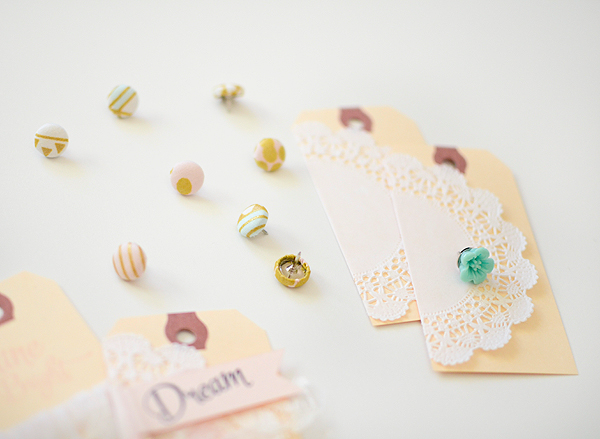 One day, I arrived in class, sat down, and felt a dull sharp pain.  I couldn't be sure what it was and after some very discreet searching, I realized I was sitting on a tack.  A 'normal' (i.e. logically-thinking) person would have gotten up, removed it, maybe had a laugh with the person next to them, and moved on.  Not me.  I sat through that 40-minute class with a tack in my rear end for fear of drawing attention to myself.  I'm not sure now what I thought might happen if I tried to remove it--perhaps all eyes on me with hysterical laughing and pointing (I know now that wouldn't have happened)--but whatever it was was far worse than sitting on that tack.

Okay, so while I'm rational enough to know that my fear of interacting with others is irrational, I also know that the fix is not as easy as a quick snap of the fingers.  It's going to take time, change, and work to re-set those brain paths from instinctually choosing flight, rather than fight.  I've recognized  and admitted the behavior and I have amazing motivation--my two little ones, whom I've determined will NOT grow up being anxious.  And the rest?  Well, at least I'm not sitting on a tack. 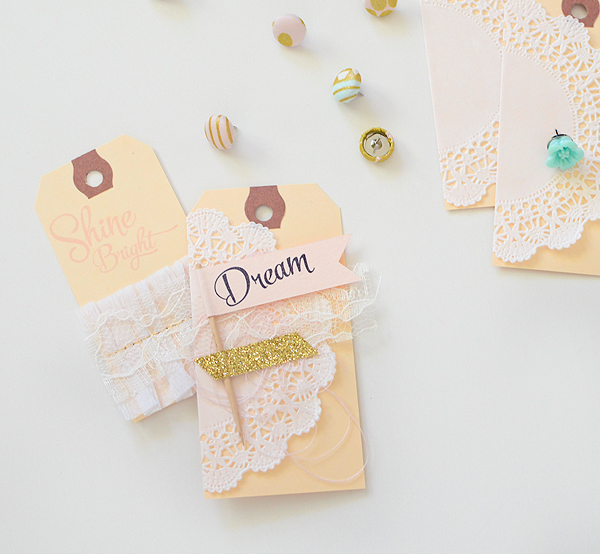 I just want to say, if you're still with me, thank you for your support.  I'm truly blessed to have all of you in my life.  When I was younger (before therapy), I thought I hated people.  Thankfully, therapy taught me that I don't hate them, and there's no reason to be afraid of strangers.  Since I've never met any of you personally, we're all strangers who have connected over a shared love of creativity.  If I was still holed up in my bedroom, hating people, I wouldn't be connecting with any of you today.  So thankfully, I'm healthier and happier, and on the mend again to restore my full life.

I have a special thanks and a huge virtual hug for my amazing friend Sam of Dunne With Style, who poured through paragraphs upon paragraphs about my anxiety issues and let me complain and feel a little sorry for myself, all while giving the best advice and encouragement.  She's so wise and I'll be forever grateful to her.

I also want to share this sweet surprise mail I received while all of this was going on...the yummiest homemade strawberry jam I've ever had (in the cutest jar!), and a meaningful keychain from my dear web friend Kathleen...back when I posted on what would have been my mom's 65th birthday, I shared a video and Kathleen left the most encouraging comment to that post.  A couple months later, I got a message from her saying she'd found a key chain while vacationing in Hawaii and it reminded her of the video so she wanted to send it to me.  The box arrived and inside were the keychain, the jam, and a beautiful handmade card (I'm sorry I don't have a photo of the card--it's hanging on my bulletin board).  I teared up a little reading her note and I love the keychain, along with the message she attached to it. 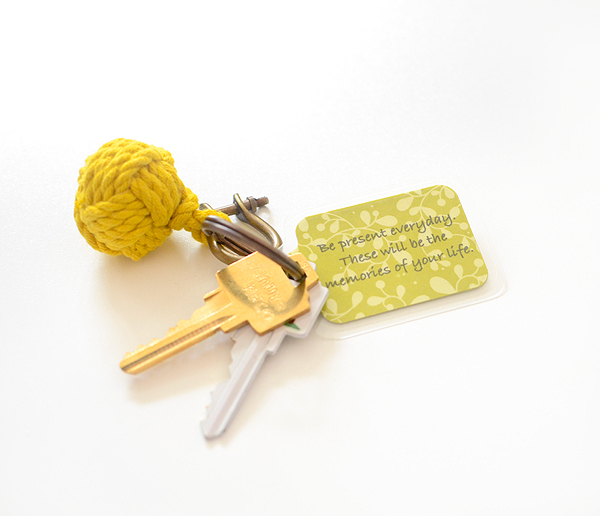 Be present everyday.  These will be the memories of your life.  Oh, how perfectly fitting for the way I've been feeling. 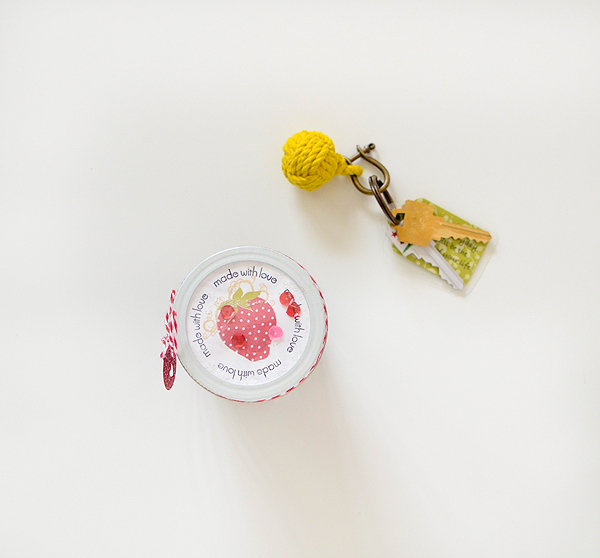 The box arrived when I needed a little love, encouragement, and faith that this world did not just want to chew me up and spit me out.  And this was it.  Kind thoughts and meaningful gifts from a stranger.  Kathleen, your gifts and your friendship are truly appreciated. 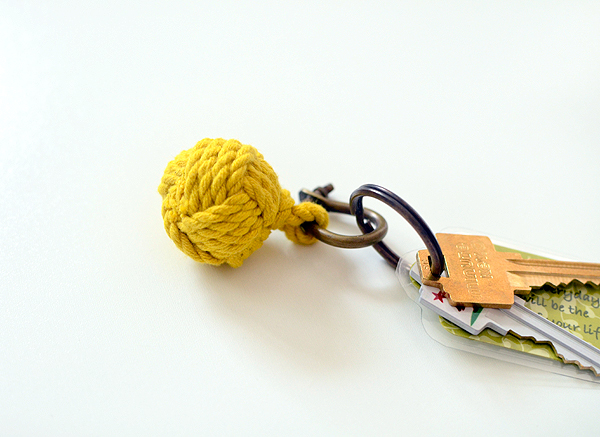 All right, enough seriousness...I'll be back tomorrow with something FUN!!  Just because I haven't been online doesn't mean I haven't been making lots and lots of things.  I actually have quite a bit to share with you over the next week and a half so I do hope you'll come back!  xoxo 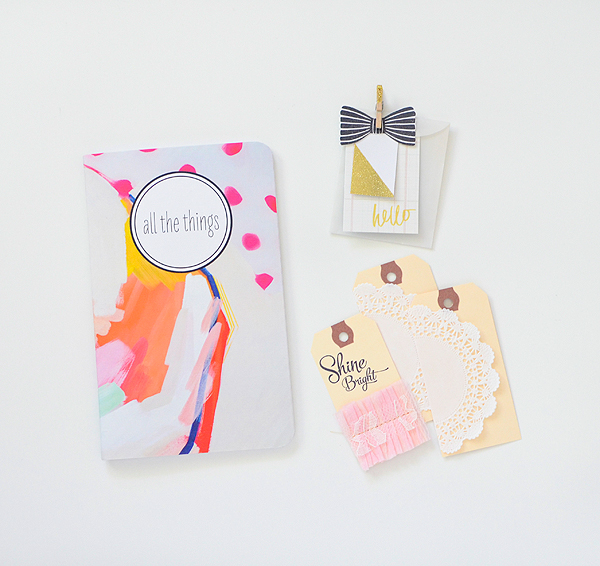