wow!  they're finally here...my Christmas cards!  in all honesty, i dreaded editing them because there were so many and that's why i kept putting off this post.  but i bit the bullet yesterday and sat down to look them over and the whole process didn't take nearly as long as i thought. 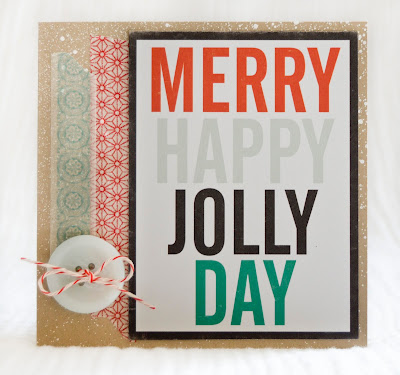 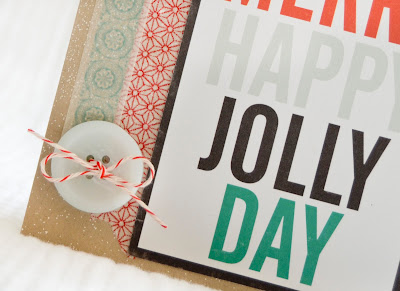 i kept each card very simple because i had many to make and only a short production time.  the first three cards feature Echo Park images paired against a square kraft base, spritzed with Mister Huey Calico White spray.  i love the modern feeling these cards provoke which is in contrast to the other 4 cards i made. 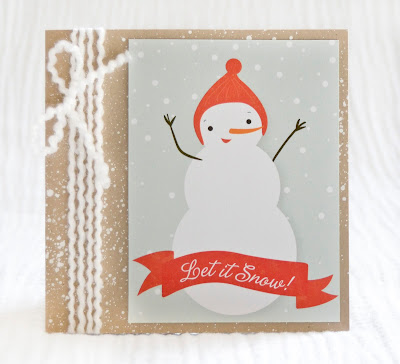 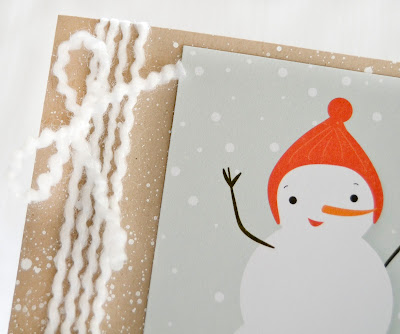 the cards are pretty straightforward, too...not a lot of complicated methods used here or anything.  for the above snowman, i simply tied some soft cupcake yarn around the base.  and for the card below, i used washi tape from Freckled Fawn and a button.  how easy can you get? 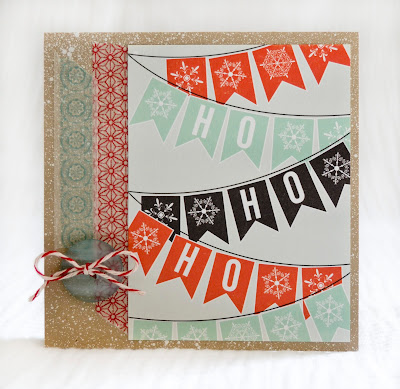 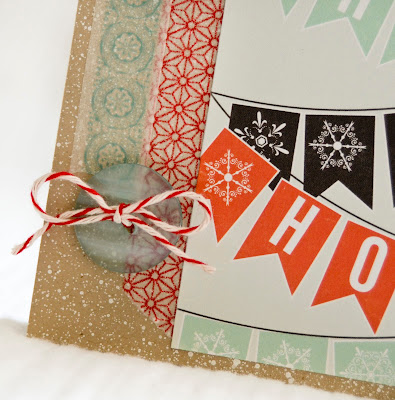 for the next group of cards i used October Afternoon's Make It Merry line.  these were only slightly more complicated--and i use that term very loosely!--because i hand-stitched on each of them. 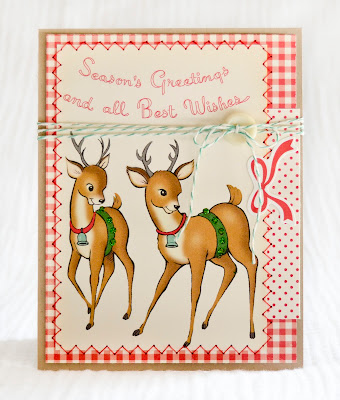 i love the reindeer image...in fact, i love all of the vintage-inspired images in this collection which is what drew me to it in the first place.  i only wish i'd had more time to make more things with it.  maybe this year, i'll just start in July! 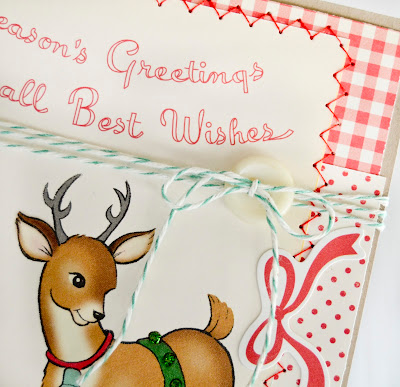 you can see i kept it simple with some green baker's twine, a vintage button, and a bit of green glitter glue on the bells.  the bow is a sticker from this same collection. 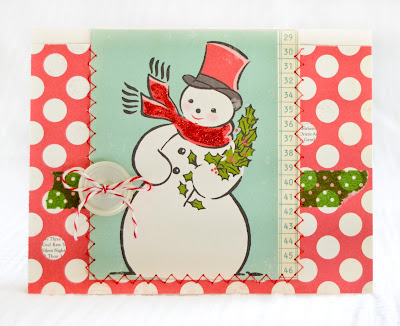 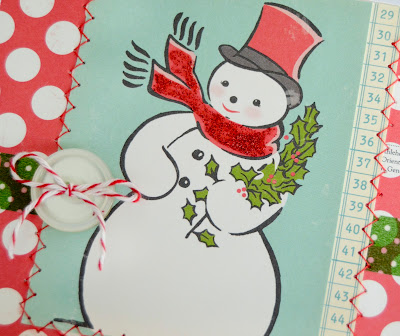 this friendly little snowman got a some glitter glue applied to his scarf and a list of numbers added to the side of the image card. 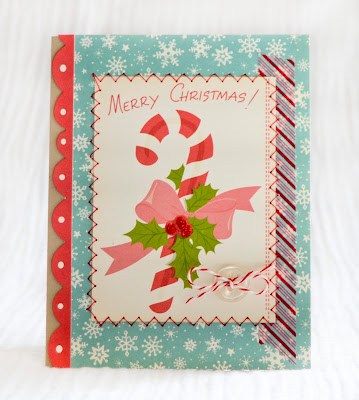 i made 2 of every card for a total of 14 altogether.  there was one more card but the photos didn't come out that well and i've already sent them out so i can't re-shoot.  i think you get the idea here, though, that a card doesn't have to take hours to create to be special.  it helps when you have great images to start with, like the ones i used from October Afternoon and Echo Park.  the important thing is that i made these.  i could have easily let another year go by without sending a Christmas card but i'm so glad i didn't. 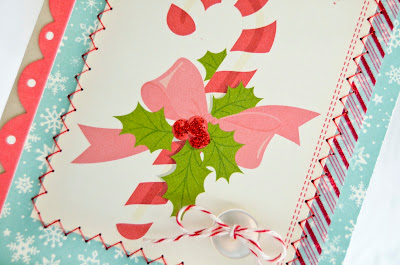 well, Gooby's sick again--this time with a cold and a cough.  i hope that all of this sickness means we're going to be a healthy group of people in March when Little #2 arrives.  if that can be the case, then i say bring it on now!

later this week i'll have some new Valentine additions for the Etsy shop to show you, as well as some Crate Paper Fourteen cards to share.  in the meantime, don't forget the after-Christmas sale i'm having on Etsy...when that stuff is gone, it's gone!

have a great Tuesday!